I'm glad to say that the stable version of KIT Scenarist 0.6.2 was released.

In addition to the fixes included in first beta version, a stable version improves even number of points, namely:

• fixed a problem with saving the script when it was located on a flash drive, and it has been accidentally removed, or when project file is renamed. Now, application ensures that all changes properly saved and the project file itself has been in place; 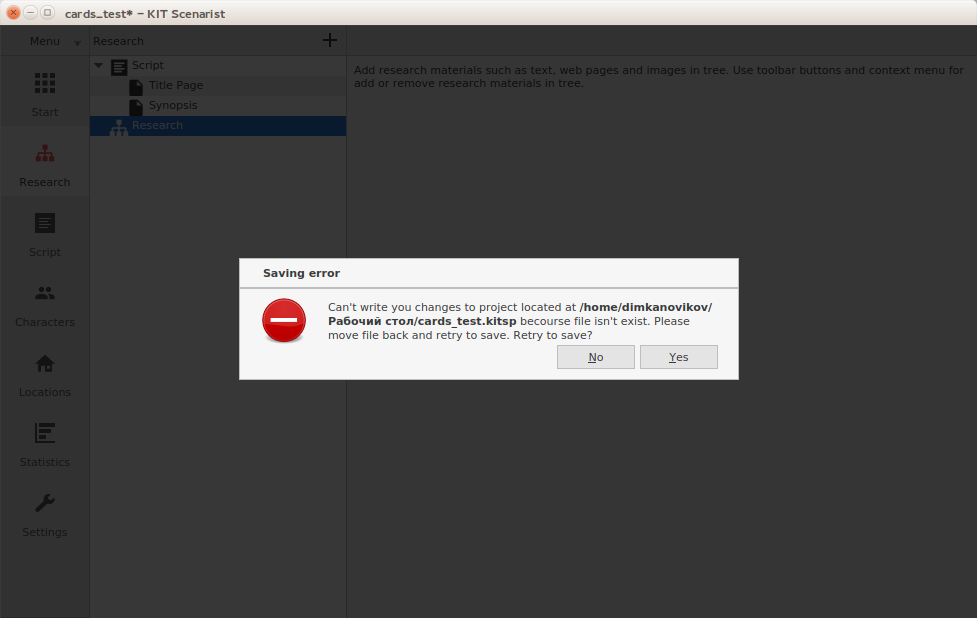 Application branch under number 0.6 is over and I completely switched to work with the corkboard.