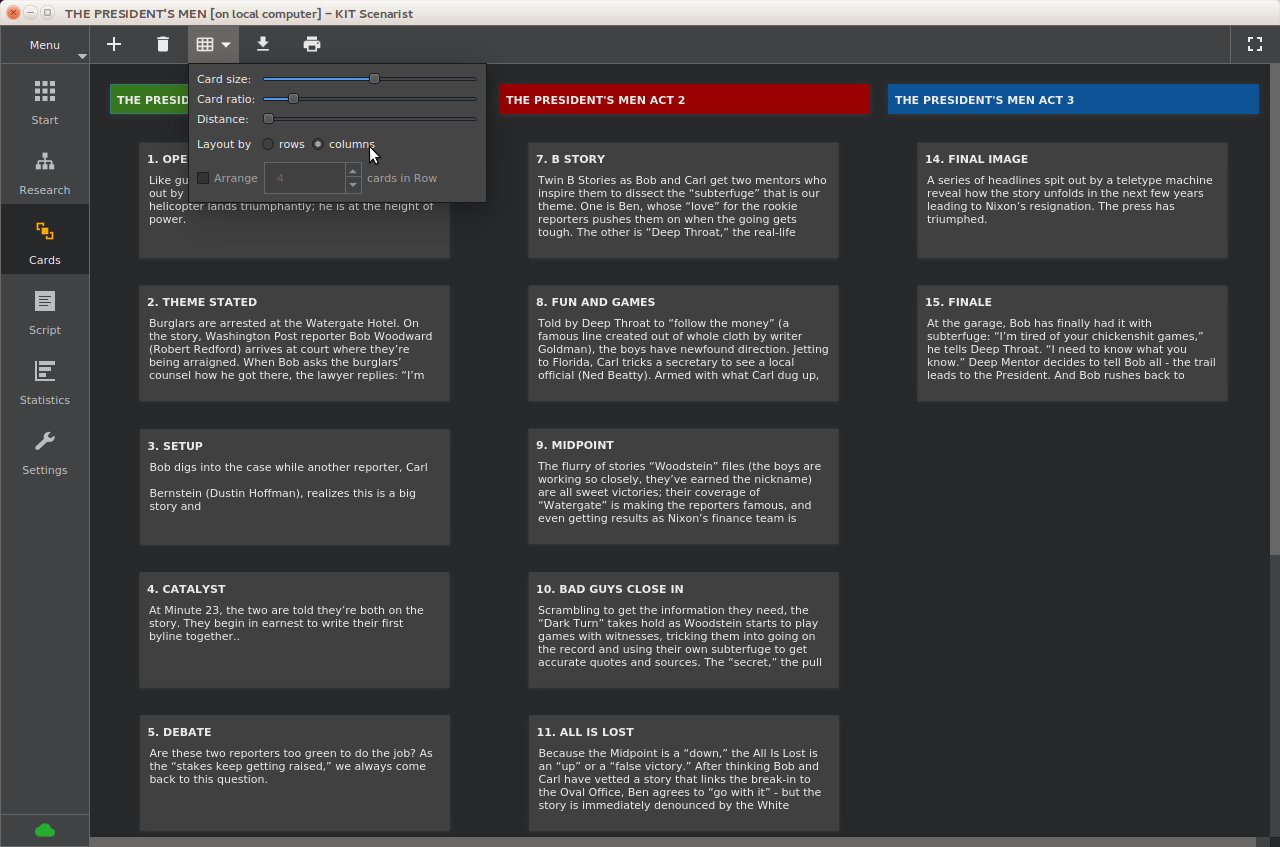 It included improvements of the cards module, as well as the correction of a couple of shortcomings from the previous beta:
• added the ability to arrange cards in the columns;
• fixed bug in the appearance of cards/scenes that can not be deleted;
• fixed the problem of knocking down the number of cards;
• fixed the problem of adding 5 or more acts;
• fixed the problem with displaying empty acts after the application restart;
• added check before saving, which look at the amount of available free space on the computer, and, in case of its lack, a warning message will now be displayed that there may be problems with saving.

The next beta probably will not be so fast, but it will include the improvements of the script editor module.

But still, see you soon, friends!;)