For a long time we did not have news, and updates even longer :) So, I want to say that the next version of KIT Scenarist 0.7.2 beta 1 is available for download! 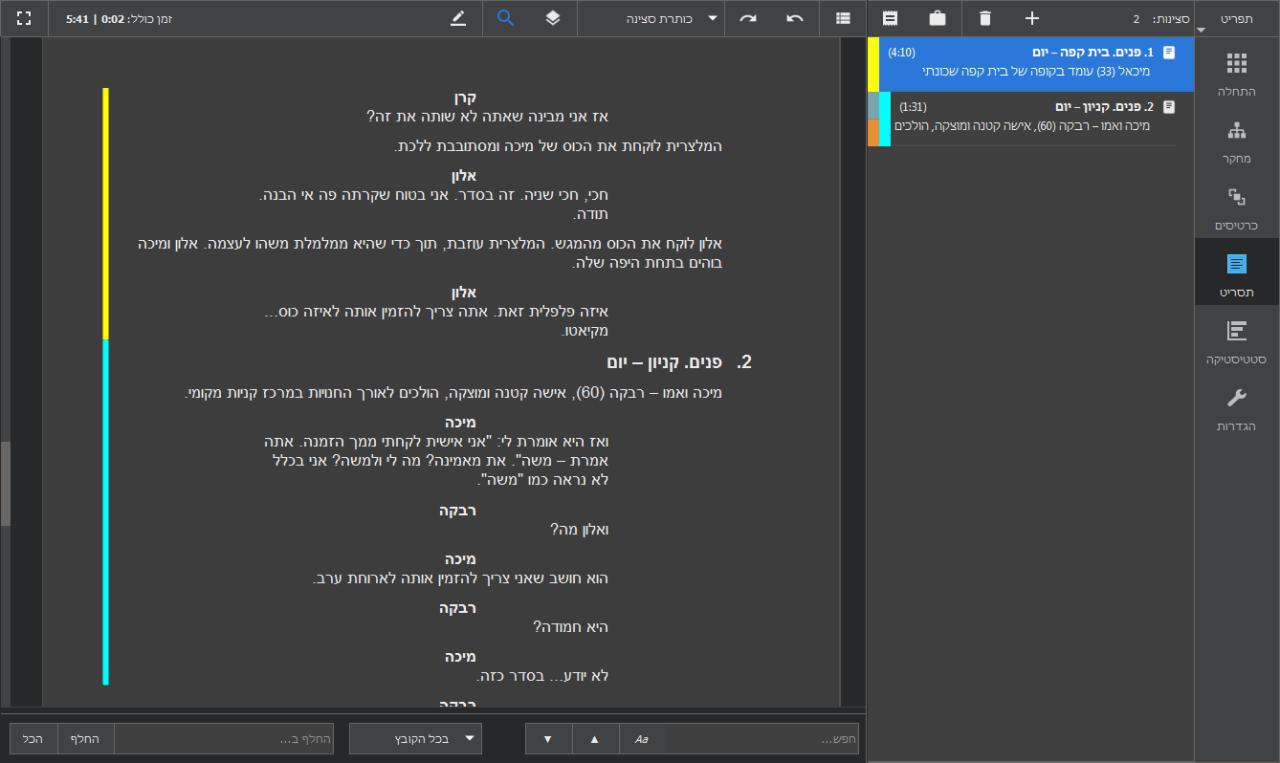 The first beta includes bug fixes and improvements to the functionality of the research module, as well as the dialog for initial setting of the application (the dialog will be displayed only after the first application launch).

New features and improvements:
• added dialog for initial setting of the application;
• added the ability to export research documents to a PDF file (Menu - Export - Export research);
• when you import a project from the KITSP file, not only the script text is imported now, but all the research data;
• added the ability to set the default font for the research text documents;
• in text documents, added the ability to reset the text style (additional button on the toolbar of the text editor);
• added the ability to save a mind map to an image file;
• optimized application work with images (now projects with a lot of images will work much faster);
• a power consumption of the program on hybrid video cards in Mac OS X was optimized;
• added the translation of the program into Hebrew with the corresponding adaptation of the interface (now there are several problems with the interface layout from the right-to-left (statistics, settings, cursor), they will be fixed in future versions);
• added spell checking dictionaries for Hebrew and Polish;
• finalization templates for the Final Draft screenplay.

Fixed bugs:
• fixed problem with the program crash when double-clicking on a project from the list of recent ones;
• fixed the problem with updating the name of the current project in the list of recent projects when it is changed;
• fixed the problem with jumps of text cursor when changing the name of the research document;
• fixed a bug in the text editor, with losing text style (bold, italic, underline) after changing the font size;
• another error of mental maps was corrected, which caused the application to crash;
• fixed crash when working with projects with a large number of photos;
• fixed errors in importing scripts from the FDX format.

The next beta will include bug fixes and updates of the cards module.

Once again I want to express my gratitude to you, friends. Thank you for your participation, for reporting errors, suggesting improvements, praising and scolding the program, for telling friends and acquaintances about it, and for joking about it so cute (hello Valery)! This is very important for the project, for its development, and of course, personally for me! Thank you very much!

Greg 11.11.2017 at 20:32 # Reply
I really hope you'll get much more recognition in the future - this could be one of the best screenwriting softwares on the market, I'm really impressed by your work and extensive research. (The scene reports are great - it would be also nice to be able to nummerize the dialogue lines within the script itself).

Now one of the things about the beta version: When I want to edit custom templates, I'm unable to safe. This was not an issue with the older version.

I would also like to make some suggestions for later versions and works, just some things I've noticed:
- It would be totally great to be able to rename elements like "Dialogue" or "Scene Heading" and to add customized elements, too. Especially when working on reports and podcasts, it's better to use another terminology.
- The last point brings me to my second suggestions: When working with audio contents, there is another industry standard - just like the BBC radio drama template. It would be nice, to be able to adjust line spaces a little more, so that you could put the dialogue segment behind the CHARACTER-element, within a single line, without the separating space. Some forms of productions (esp. in radio) are also require a little bit more space behind the dialogue field for SFX, so there would be virtually three elements in a single line. It would be a nice feature, if it were customizable this way.

However, you did a great job, especially for TV Productions. I wish you the best of luck and the recognition you deserve!

1. In the third beta, we plan to add dialogues numbering feature.
2. What about templates - yes, it's something to future improvements. I don't think you can edit default templates, but you should can to add new and choose the base template for them.
3. Could you tell me more about the renaming elements names? It's not handy when you work with them?
4. Yep, I made research about audio contents and plan to add the ability to use some default templates like BBC radio drama, stageplay etc. and to build custom templates based on them.

Greg 11.11.2017 at 20:41 # Reply
There is just another thing that’s worth mentioning: Especially in TV Scripts, you would want to write words in dialogue in italics every once in a while. I did not figured out how to write a single word or line in italics within the script, so this would be another thing to address.