And here is the next update of the mobile version. It included:
- improved quality of icons;
- implemented the ability to transfer the local project to the cloud;
- added the ability to import projects from Celtx;
- the button "Leave a review" is added to the menu.

The next version 1.3.0 will include features to work with text documents from the research, characters, and locations.

As promised, we released an update of the KIT Scenarist mobile version. Now you can format the text of the script, add, delete and view the list of editorial notes. We checked it on devices with a virtual and with a physical keyboard.

Update already published to app markets and available to download on Android. And on iOS, as usually awaits verification from colleagues from Apple. We hope that by the evening it will be already available for installation.

By the end of March, I want to make another update, which will include various bug fixes and improvements to the current functionality. And by the end of April, according to the plan, will be added the ability to edit logline, synopsis, a list of characters and locations, as well as the ability to work with text notes in the research tree.

Today we release KIT Scenarist 0.7.2 beta 6! In it, for the most part, some of the problems of previous versions were fixed and there are practically no major innovations. To be precise, the update includes:

• the application menu has been improved. Now, in addition to the basic actions on projects, a user's personal cabinet located on top; 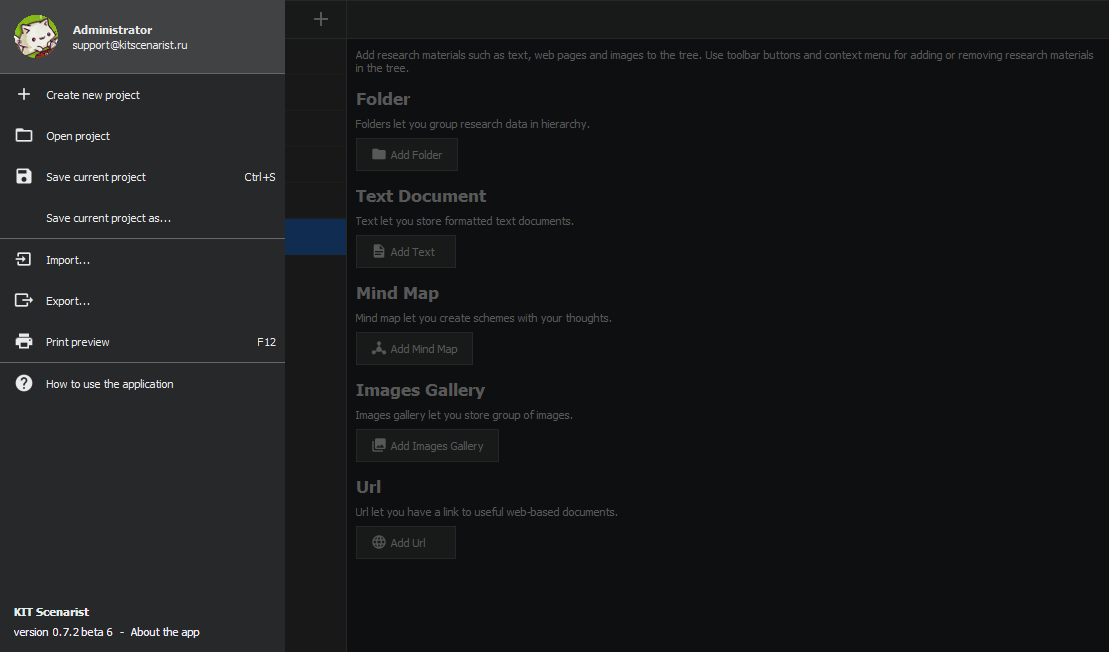 • the user's avatar is now displayed in the new personal cabinet. Avatars are downloaded from the gravatar.com (if you do not have an avatar in this service, then your avatar will be Alexander the cat);
• the "About the program" dialog has been added;
• added the ability to transfer a local project to the cloud in one click (new button to the right of the project name on the start page);
• added the ability to import scripts from the desktop version of Celtx;
• improved display of the auxiliary panel in the Zen mode - now it will not appear from the slightest touch of the mouse or touchpad;
• in Zen mode, the display of statistical information about the script was added: duration and counters of pages/words/symbols;
• the page duration calculation has been reworked. Now it will be correctly calculated for any template;
• now when you select a block style from the quick formatting panel, the cursor will return to the script editor;
• the method of removing characters in paragraphs has been improved;
• contents of the nonprintable blocks and folder headers/footers are now skipped when counting words and symbols;
• improved interaction with the cloud service and fixed a number of problems when synchronizing projects;
• fixed the problem with blocks margins when exporting the script to DOCX-files for Hebrew;
• fixed the problem with the fall of the program when copying text documents into the research;
• fixed the problem with dialogues numbers on top of the page when exporting to PDF;
• fixed a bug with empty characters names in the reports;
• improved working with the German alphabet;
• fixed a problem with previewing the script after the program was launched.

The next beta will be the last in version 0.7.2 and after it will be released we will freeze the addition of new features and concentrate on improvements of the current functionality of the program.

Well, comrades, today the project is 4 years old! Congratulate everyone! I personally did not notice how fast they have gone, but when I look back, it seems that it's been not 4 years already, but all 10 years...

What about you!? How do you like KIT Scenarist for these four years? Is it spoils your nerves, or saves? :) 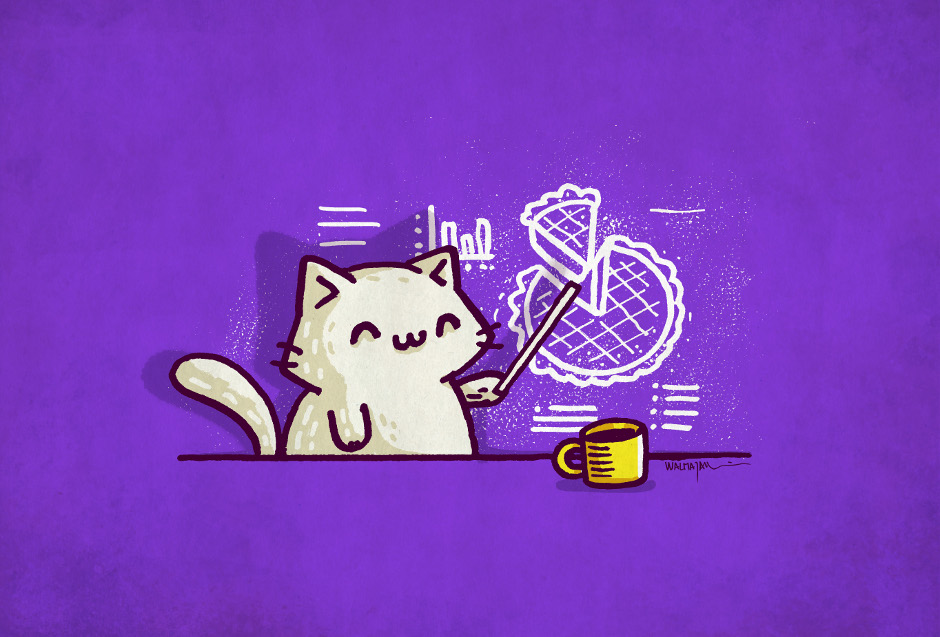 Guys, and indeed, tell me please, did you have any funny, touching, and maybe even scary or dramatic stories associated with the program during this time?

Were you waiting for the next episode of the #filmedbyusersscreenplays!? :) Yesterday, I was very busy and completely forgot to publish it... But now I'm ready to fix it! And today our guest is Kirill Yudin, the author of the 20 episodes of the "Morozova" series, which was released in 2017. Kirill says that "no problems happened, nothing was lost, the program worked stably" and it's cool! And here is the trailer for the series, let's look at this!

P.S. Friends and we are waiting for new works filmed by your scripts, please send them to us and let's enjoy together! :)

We start a draw lot!

Everyone saw yesterday's post about new T-shirts in social networks? :) So, from April 1, 2018 they will be on sale, and on March 23, 2018 we will arrange a draw lot of one black T-shirt among all owners of green T-shirts. So, guys, those who already have our green T-shirt, keep your fists, and who do not have them - do not worry, you still have time to buy a T-shirt until March 22 inclusive!

Go to the store, order a green T-shirt and become the first owner of a black T-shirt with Alexander the cat!

Hi guys! Finally Tuesday and we are ready to post the next work #filmedbyusersscreenplays! And today our guest is Alexander Kibanov and the first series of the web series "Находка".

Alexander says that the guys are doing everything themselves "we are going with friends, acquaintances, who can and who have the desire to participate and quietly films. Now we finished the second series and are already working on it.) Everything is slowly going but it seems like we are still moving)"- exactly as we do !;)

And how are your scripts was filmed? Share your stories and we'll tell about it, too!